Lutein for the Eyes

Clinical trials show that lutein for the eyes increases the carotenoid levels in the macular pigment. This carotenoid (a type of antioxidant) is a pigment that gives food a red, orange or yellow color. In the dark-green leafy vegetables such as kale and spinach the green chlorophyll will mask the pigment. It is also found in egg yolks. 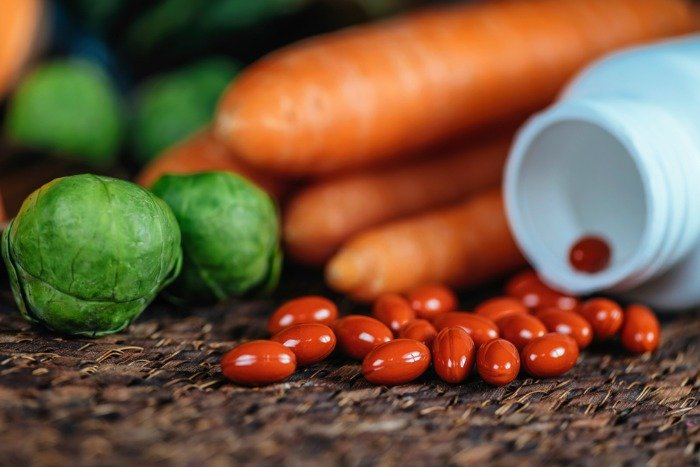 Lutein is one of the most important antioxidants for your eyes - especially the macula. It is a carotenoid found in dark green leafy vegetables such as kale and collard greens. It also provides the yellow or orange pigment found in some fruits and vegetables.

Carotenoids are antioxidants that help protect us from the damaging effects of free radicals. This antioxidant is found in the eye, blood serum, skin, cervix, brain and breast.

The highest concentrations of lutein (along with zeaxanthin) are in the macula - the small center of the retina that is responsible for our straight ahead and detailed vision.

Lutein and zeaxanthin are the two carotenoids found in the macular pigment (MP) with highest concentrations in the fovea - the center of the macula.

The MP is a layer of tissue that protects the macula from the harmful effects of: 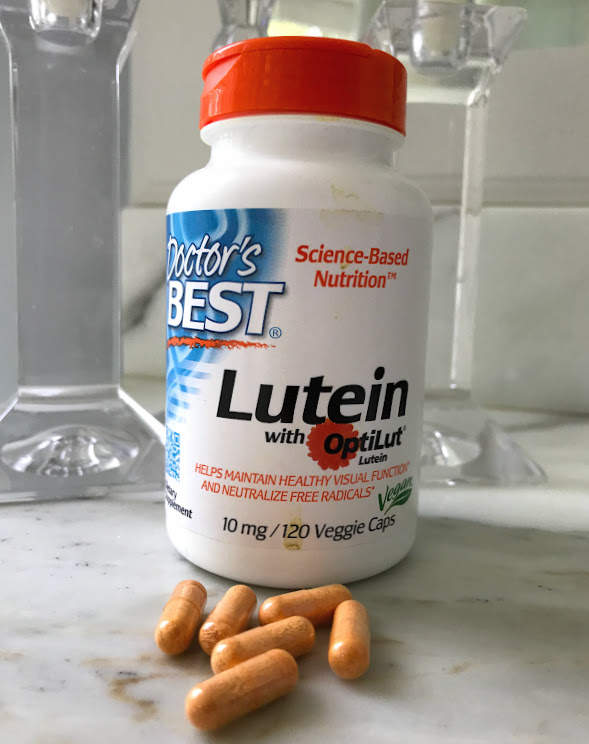 High concentrations of this pair of antioxidants are found in

1) the lens of our eyes and

2) the retina, especially the macula.

Also known as the macula lutea, which means yellow spot in Latin.  It is located in the center of the retina and is responsible for our detailed, sharp vision and our straight ahead or central vision.

The only way to take advantage of the antioxidant benefit of this carotenoid is by eating foods that are rich in lutein or through supplementation because the body cannot make it.

Actually this antioxidant is found in a wide variety of fruits and vegetables, but egg yolks seem to be the best source because they are more bioavailable and better absorbed by the body. 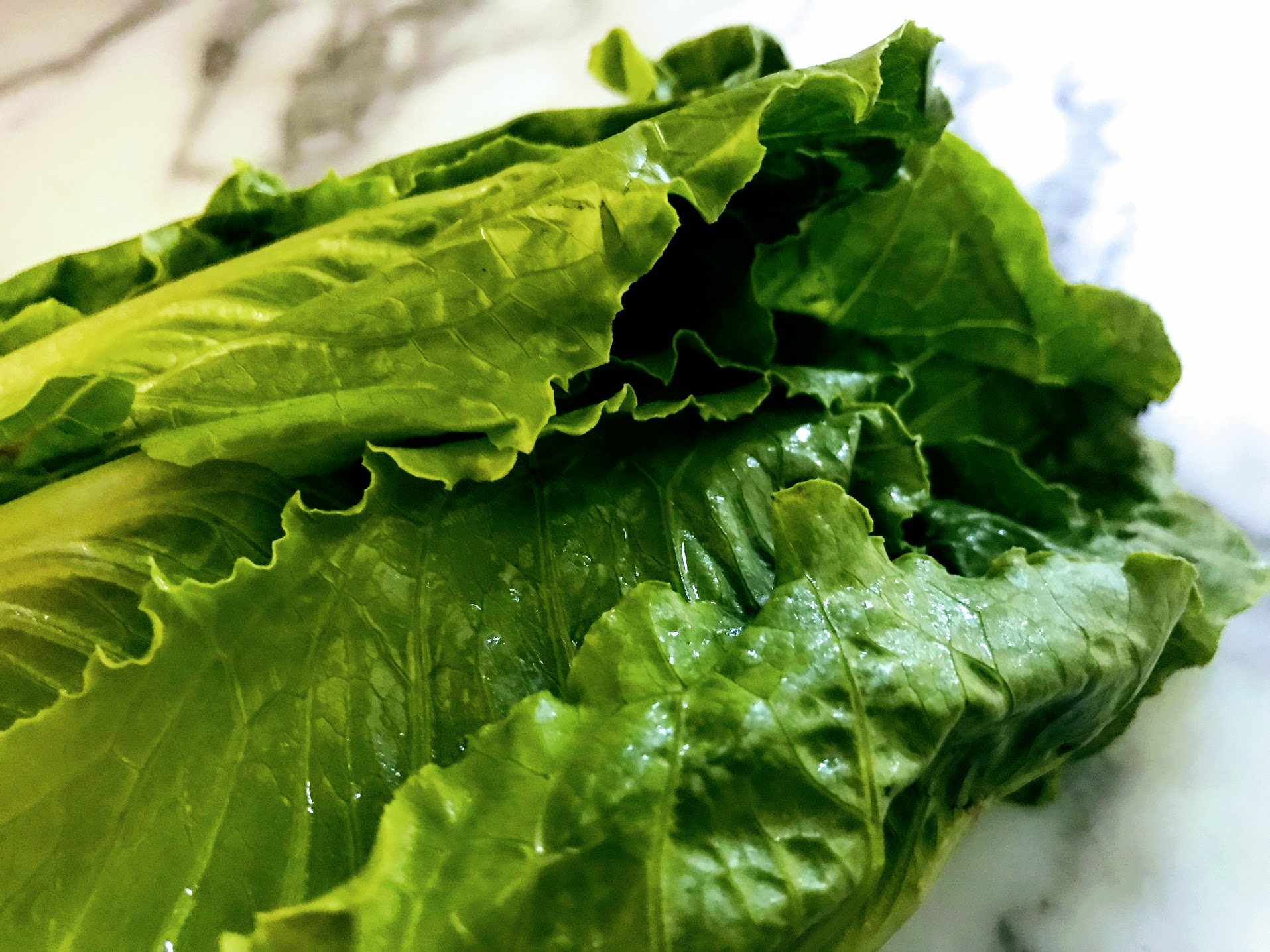 Zeaxanthin with lutein are powerful antioxidants that protect our eyes from the damages of free radicals. Free radicals play a significant role in the development of cataracts and macular degeneration.

Increasing the concentration of these pigments in the eye may help prevent age-related macular degeneration. Click here for a list of foods high in lutein.

There are several studies showing the relationship of this pigment to the development or progression of macular degeneration.  Researchers said the two pigments act as "sunglasses" and appear to filter short-wavelength light that can damage the eye's retina. 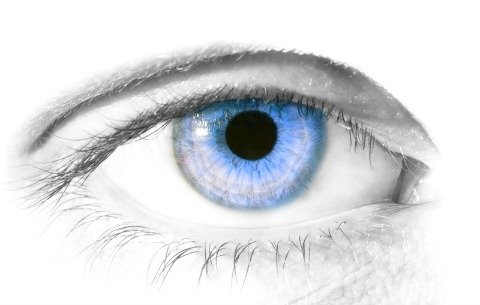 “When we compared the amount of macular pigment, which is comprised of lutein and zeaxanthin, present in the eyes of people with age-related macular degeneration to people without the disease, those with the lowest levels of carotenoid accumulation in the outer retina were significantly more likely to suffer from age-related macular degeneration than those with higher pigment levels, ” said Dr. Landrum from Florida International University.  “The difference in risk between those having the highest and lowest levels was 75 percent.”

Dr. Steven Pratt, ophthalmologist and author of SuperFoods Rx: Fourteen Foods That Will Change Your Life also had a mother with macular degeneration. He writes: "The good news is that nutrition can play an important role in preventing AMD. Among the carotenoids, lutein and zeaxanthin are most strongly associated with a decreased risk for AMD." 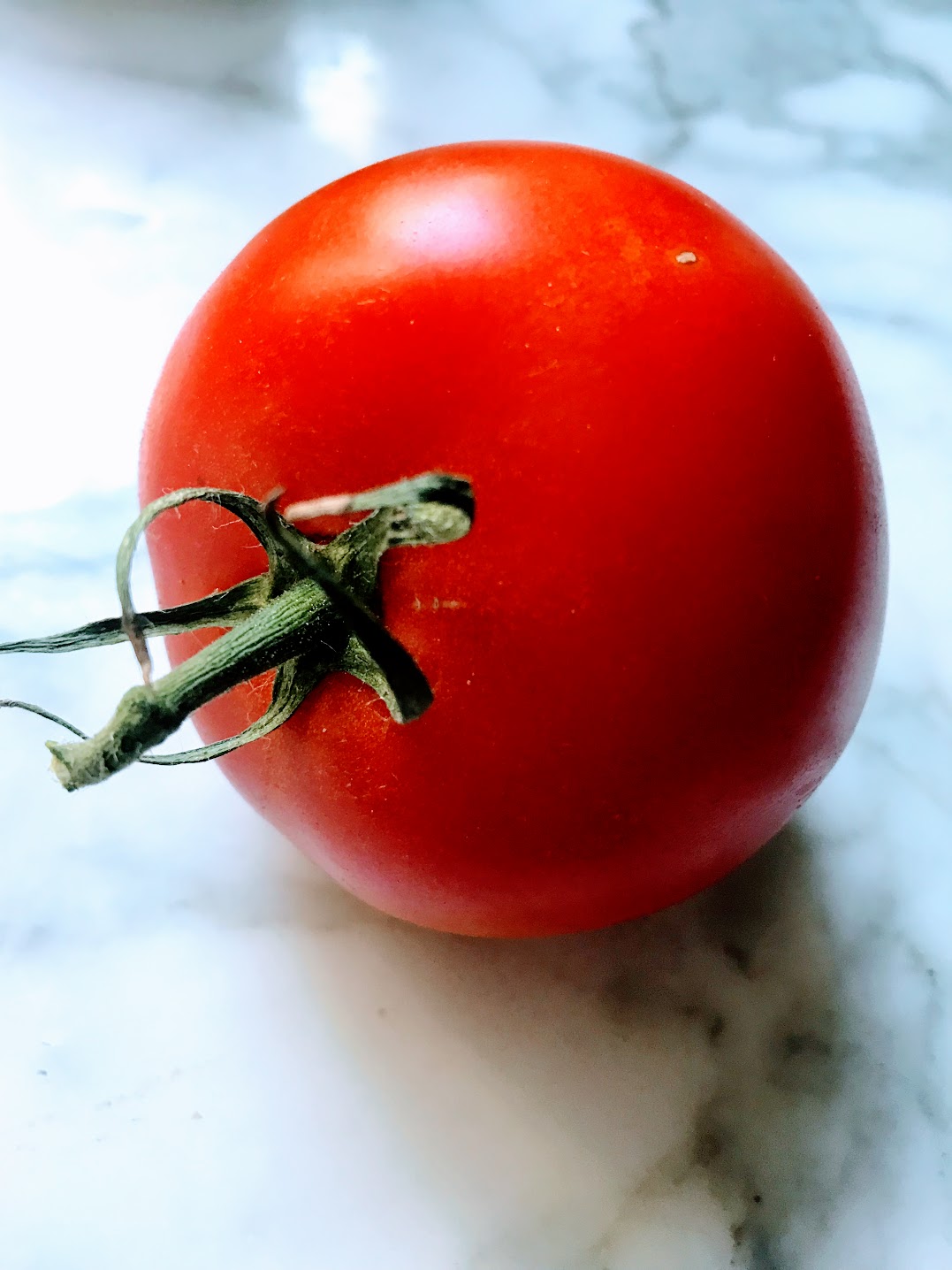 The Eye Disease Case Control Study looked at 421 cases of wet AMD and 615 matched control cases. The study concluded that "Carotenoid levels in the blood were much lower in patients with macular degeneration."

"Increasing the consumption of foods rich in certain carotenoids, in particular dark green, leafy vegetables, may decrease the risk of developing advanced or exudative AMD." 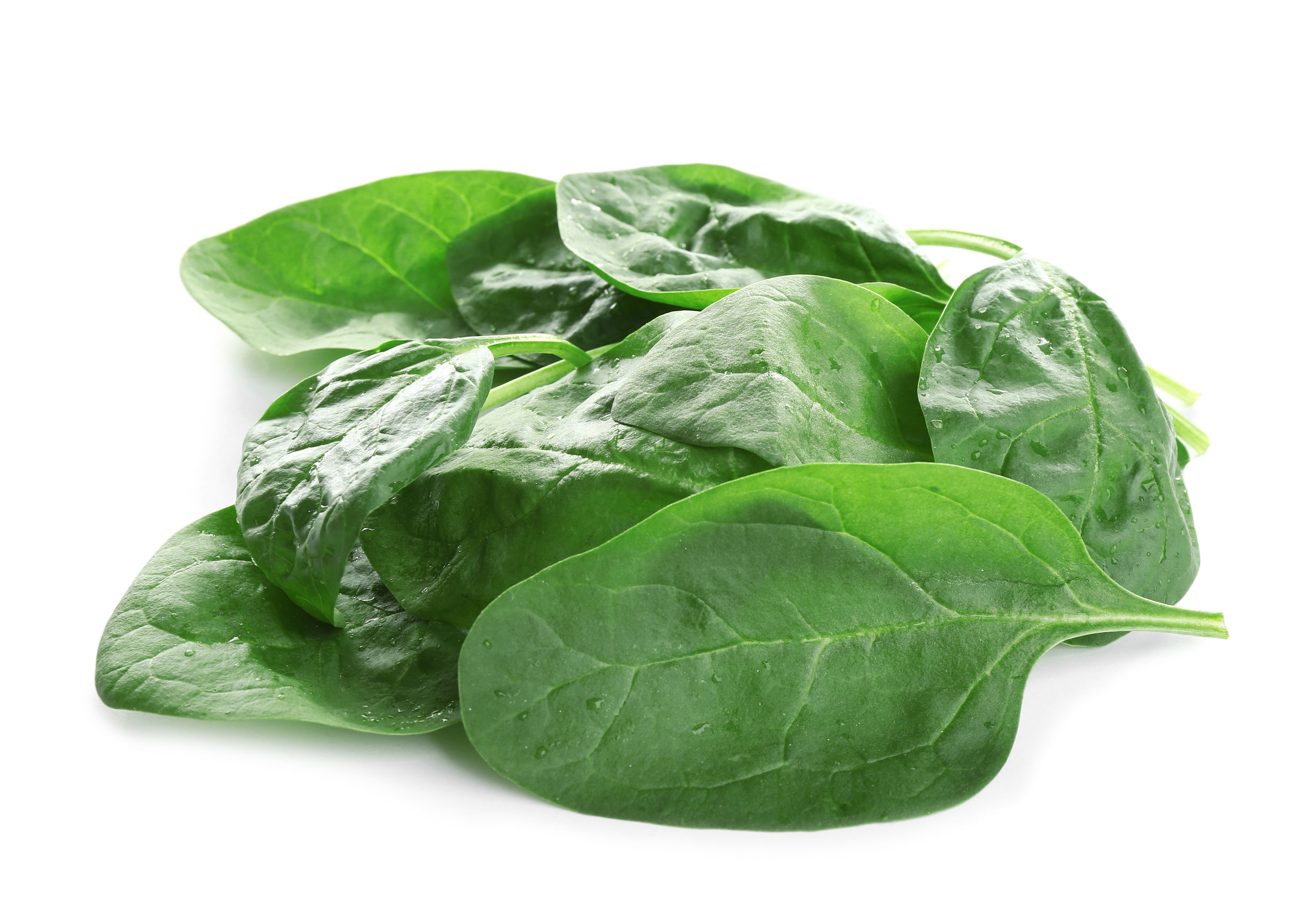 "Spinach, and it's leafy sidekicks, are among the most nutritious foods on earth. Calorie for calorie, spinach provides more nutrients than any other food."

I won't list all of the vitamins here, but the ones that are of special interest for those of us concerned about our eyes, is that spinach is a rich source of lutein and zeaxanthin. The two carotenoids that make up the macular pigment. It is also a plant based source of omega-3 fatty acids. We often think of fruits like blueberries as a rich source of antioxidants, but there are vegetables high in antioxidants as well - and spinach is one of them.

This is one food that keeps popping up on the top 10 foods to get organic - so for this green, I always buy the more expensive, organic option.

An increase MP can be important to reduce light induced oxidative retinal damage. Lutein and zeaxanthin dietary supplements raise macular pigment density and serum concentrations of these carotenoids in humans.

Oxidation plays a role in the development of cataracts, or the clouding of the lens. Antioxidants are known to protect our cells from the damage that they cause. Lutein is found in the lens of our eyes. Here is the conclusion of a study that was reported on in January 2008.

The prospective observational data from a large cohort of female health professionals reported:

"higher dietary intakes of lutein/zeaxanthin and vitamin E from food and supplements were associated with significantly decreased risks of cataract."

Lutein for the eyes can be obtained from foods high in lutein like spinach, egg yolks, squash and carrots. Because lutein is a fat soluble antioxidant, it is important to include some healthy fat, like olive oil when eating your vegetables. 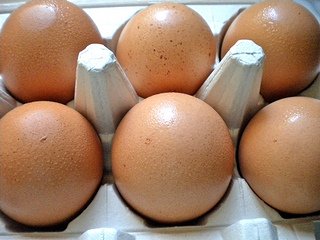 Try to include a lutein rich food everyday. We keep organic spinach, eggs and orange peppers in our fridge and incorporate them into our meals.

There are recommendations for adequate lutein dosage. Be sure to read the label to see how much is included in each dose. It is usually listed in milligrams – mg – though some products list it in micrograms – mcg. One microgram equals one-thousandth of a milligram.

√ about 1-2 milligrams per day

The conclusions from the Dose-Ranging Study of Lutein Supplementation in Persons Aged 60 Years or Older were:

"Increasing doses of lutein supplements significantly increased the serum levels of lutein and zeaxanthin, and doses up to 10 mg were safely administered."

This eye healthy antioxidant is found in hundreds of nutritional supplements, from multivitamins to eye care formulas to products containing this carotenoid as the sole ingredient.

Be sure to read the label to see how much is included in each dose.

The body cannot manufacture it so one must get it through diet or supplementation. It has been shown in several studies that levels of these nutrients can be increased in the eye when taking a supplement or eating foods high in lutein. There are many macular degeneration nutritional supplements, from multivitamins to eye care formulas to products containing this carotenoid as the sole ingredient.

If you decide to buy lutein as a supplement, you want to make sure it is of high quality.

Our favorite formula is Macushield as it contains all three carotenoids of meso-zeaxanthin, lutein and zeaxanthin.

One soft-gel daily is the recommended dose.

These statements have not been evaluated by the Food and Drug Administration. This product is not intended to diagnose, treat, cure or prevent any disease.

Side Effects of Lutein

Side effects of lutein are minimal. The lower amounts have been found to be effective, as well as safe, in clinical studies using lutein as a supplement.  However,  “more” is not necessarily “better”.

According to the www.clinicaltrials.gov website regarding side effects of lutein,

"lutein and zeaxanthin supplements are considered to be safe with possible minor side effects, such as headaches and difficulty in swallowing the tablets."

"High-dose nutritional supplements can sometimes interfere with medications and compete with other vital nutrients for absorption into the body. People who are considering taking an AREDS formulation should make a list of all the medications they take to share with their health care provider. The list should include supplements and over-the-counter drugs."

Go from Lutein for the Eyes to Vitamins for Macular Degeneration

Go from Lutein for the Eyes to WebRN Macular Degeneration Home